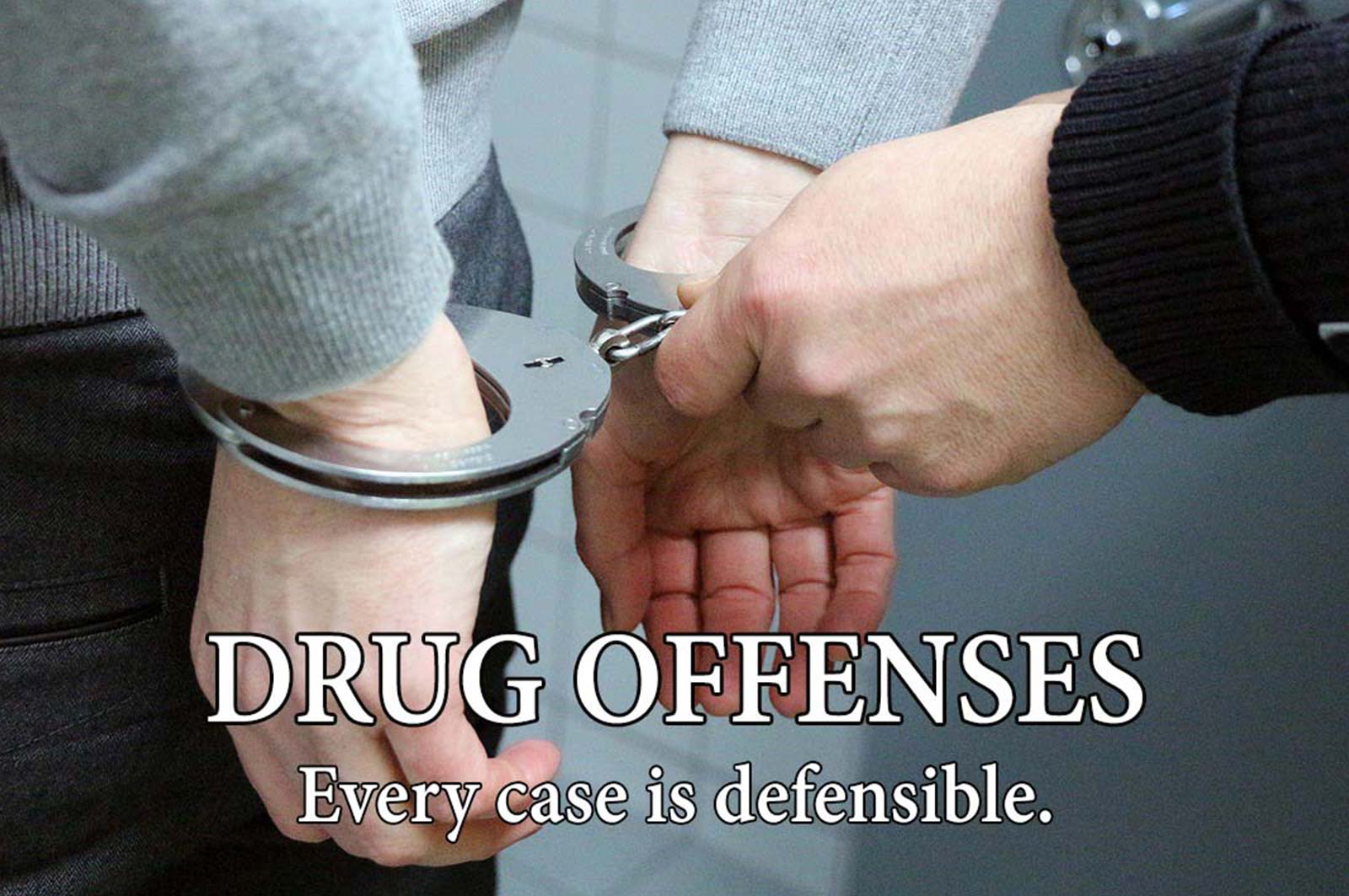 A conviction on drug charges can hurt a person’s ability to get a job, get admitted to school, engage in certain professions, own firearms and/or exercise custody or visitation rights with children. Such a conviction has many serious collateral consequences, often more detrimental than the drug charge itself.

If you are charged with a drug possession offense, either for personal use or with intent to sell, or trafficking, Mason Law Firm’s experienced criminal defense attorneys can defend you. The defenses to drug charges involve challenging the evidence in the case, identifying procedural errors, such as search and seizure violations by law enforcement, and the use of skillful negotiation with prosecuting authorities that point out weaknesses in the charges that could give rise to dismissal, as well as other time tested legal strategies.

Defenses may center upon claims such as the drugs belong to someone else, faulty crime lab analysis, failures in the evidentiary chain of custody, entrapment, and other defenses based upon the facts of a particular case.

Medical or recreational marijuana is now legalized or decriminalized at the state level in 29 states and the District of Columbia – not including South Carolina. Many States and municipalities that have not yet legalized or decriminalized marijuana have laws, programs and established, sometimes-unwritten, procedures pertaining to prosecutorial discretion whereby marijuana charges are not formally prosecuted and whereby records of marijuana-related arrests are expunged.

Mason Law Firm’s goal is to seek to handle criminal drug charges in a manner where ultimately arrest records relating to those drug charges are eligible to be expunged so our clients’ lives are not needlessly ruined. Such an opportunity potentially exists for persons charged with certain criminal drug offenses in South Carolina.

We have been strong advocates for patient’s rights. We understand why marijuana should no longer be criminalized. To see some of our involvement in the movement to legalize marijuana, check out the following feature articles:

If you have been charged with a drug offense contact the experienced criminal defense lawyers at Mason Law Firm for a free consultation.