Private airplane accidents happen all too frequently. While air travel is considered safe, there are many more accidents per year than most people realize. According to the Federal Aviation Administration there were 1,601 general aviation accidents in 2016. The majority involved chartered flights, corporate planes and private airplanes. There are many factors that coincide to cause an accident. Pilot error, flights undertaken in dangerous weather or the failure of airplane equipment can be disastrous.

Many plane crashes are the result of pilot error, or inexperience (the weekend pilot). The aviation accident litigators at Mason Law Firm study all of the evidence about the airplane, the pilot and the circumstances surrounding the incident. A pilot logbook is a record of a pilot's flying hours. It contains every flight a pilot has flown, including flight time, number of landings, and types of instrument approaches made. Pilots also log simulator time, as it counts towards training. Records which detail the pilot’s experience and the condition and type of the aircraft are critically important. 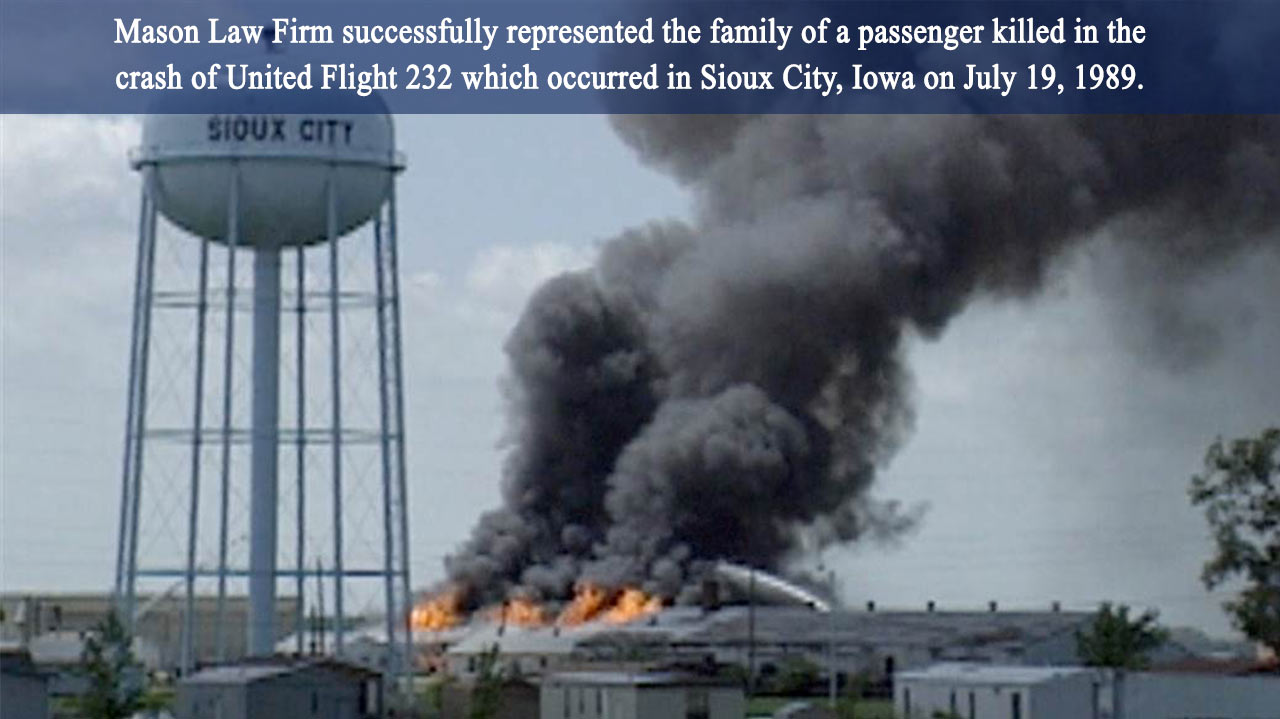 Mason Law Firm recently handled a case in which it proved that the pilot providing flying lessons to a student pilot was not a certified flight instructor, as required by law. Toxicology tests following the crash in which a student pilot was tragically killed established the flight instructor was a drug abuser. Mason Law Firm through litigation forced the insurance company for the at fault aviation company to pay its policy limits in this case even though the aviation insurance company originally denied it provided any coverage for the crash.

If you or a family member has been seriously injured or killed in a plane crash, contact Mason Law Firm today. You may be entitled to receive compensation for your injuries, or may need to file a wrongful death lawsuit if your loved one was killed in an airplane accident. An experienced aviation trial lawyer at Mason Law Firm will investigate the accident to determine what happened and who is liable.